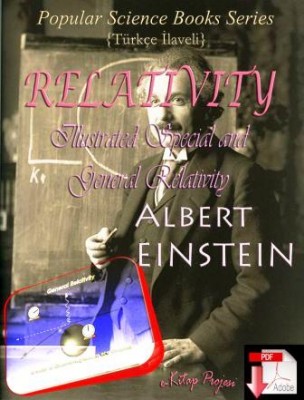 Near the beginning of his career, Einstein thought that Newtonian mechanics was no longer enough to reconcile the laws of classical mechanics with the laws of the electromagnetic field. This led to the development of his special theory of relativity. He realized, however, that the principle of relativity could also be extended to gravitational fields, and with his subsequent theory of gravitation in 1916, he published a paper on the general theory of relativity. He continued to deal with problems of statistical mechanics and quantum theory, which led to his explanations of particle theory and the motion of molecules. He also investigated the thermal properties of light which laid the foundation of the photon theory of light. In 1917, Einstein applied the general theory of relativity to model the large-scale structure of the universe.

He was visiting the United States when Adolf Hitler came to power in 1933 and did not go back to Germany, where he had been a professor at the Berlin Academy of Sciences. He settled in the U.S., becoming an American citizen in 1940. On the eve of World War II, he helped alert President Franklin D. Roosevelt that Germany might be developing an atomic weapon and recommended that the U.S. begin similar research; this eventually led to what would become the Manhattan Project. Einstein was in support of defending the Allied forces, but largely denounced using the new discovery of nuclear fission as a weapon. Later, with the British philosopher Bertrand Russell, Einstein signed the Russell–Einstein Manifesto, which highlighted the danger of nuclear weapons. Einstein was affiliated with the Institute for Advanced Study in Princeton, New Jersey, until his death in 1955.

Part I: The Special Theory of Relativity

03. Space and Time in Classical Mechanics

05. The Principle of Relativity (in the Restricted Sense)

06. The Theorem of the Addition of Velocities employed in Classical Mechanics

07. The Apparent Incompatability of the Law of Propagation of Light with the Principle of Relativity

08. On the Idea of Time in Physics

09. The Relativity of Simultaneity

10. On the Relativity of the Conception of Distance

12. The Behaviour of Measuring−Rods and Clocks in Motion

13. Theorem of the Addition of Velocities. The Experiment of Fizeau

14. The Hueristic Value of the Theory of Relativity

15. General Results of the Theory

16. Expereince and the Special Theory of Relativity

18. Special and General Principle of Relativity

20. The Equality of Inertial and Gravitational Mass as an Argument for the General Postulate of Relativity

21. In What Respects are the Foundations of Classical Mechanics and of the Special Theory of Relativity Unsatisfactory?Relativity: The Special and General Theory

22. A Few Inferences from the General Principle of Relativity

23. Behaviour of Clocks and Measuring−Rods on a Rotating Body of Reference

26. The Space−Time Continuum of the Speical Theory of Relativity Considered as a Euclidean

28. Exact Formulation of the General Principle of Relativity

29. The Solution of the Problem of Gravitation on the Basis of the General Principle of Relativity

Part III: Considerations on the Universe as a Whole

31. The Possibility of a "Finite" and yet "Unbounded" Universe

32. The Structure of Space According to the General Theory of Relativity

03. The Experimental Confirmation of the General Theory of Relativity

04. The Structure of Space According to the General Theory of Relativity (sup. ch 32) 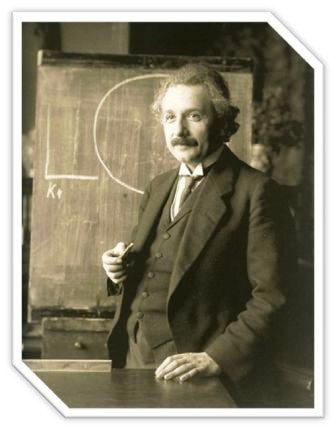 Albert Einstein [Germany] (14 March 1879 – 18 April 1955) was a German-born theoretical physicist who developed the general theory of relativity, one of the two pillars of modern physics (alongside quantum mechanics). While best known for his mass–energy equivalence formula E = mc2 (which has been dubbed "the world's most famous equation"), he received the 1921 Nobel Prize in Physics "for his services to theoretical physics, and especially for his discovery of the law of the photoelectric effect". The latter was pivotal in establishing quantum theory.