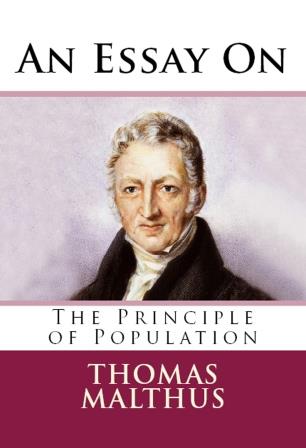 An Essay on the Principle of Population

The following Essay owes its origin to a conversation with a friend, on the subject of Mr Godwin's essay on avarice and profusion, in his Enquirer. The discussion started the general question of the future improvement of society, and the Author at first sat down with an intention of merely stating his thoughts to his friend, upon paper, in a clearer manner than he thought he could do in conversation. But as the subject opened upon him, some ideas occurred, which he did not recollect to have met with before; and as he conceived that every least light, on a topic so generally interesting, might be received with candour, he determined to put his thoughts in a form for publication.