Classic 1918 Publication Revised Edition, “1247 Coloured Engrawings” As Well As a “Subject Index” With 13,000 Entries Ranging from the “Abdomentum” to the “Zygomaticus”

FELLOW OF THE ROYAL COLLEGE OF SURGEONS &

Gray's Anatomy is an English-language textbook of human anatomy originally written by Henry Gray and illustrated by Henry Vandyke Carter that may be most readable and popular anatomy book in the World literature. Earlier editions were called Anatomy: Descriptive and Surgical and Gray's Anatomy: Descriptive and Applied, but the book's original name is commonly shortened to, and later editions are titled, Gray's Anatomy. The book is widely regarded as an extremely influential work on the subject, and has continued to be revised and republished from its initial publication in 1858 to the present day. The latest edition of the book, the 41st, was published in September 2015. Last's textbook, 'Anatomy Regional and Applied', was first published in 1954 and heralded a new generation of anatomy texts providing a more concise option to 'Gray's Anatomy' or Cunningham's 'Textbook of Anatomy'.

Origins of the Book’s History:

The English anatomist Henry Gray was born in 1827. He studied the development of the endocrine glands and spleen and in 1853 was appointed Lecturer on Anatomy at St George's Hospital Medical School in London. In 1855, he approached his colleague Henry Vandyke Carter with his idea to produce an inexpensive and accessible anatomy textbook for medical students. Dissecting unclaimed bodies from workhouse and hospital mortuaries through the Anatomy Act of 1832, the two worked for 18 months on what would form the basis of the book. Their work was first published in 1858 by John William Parker in London. It was dedicated by Gray to Sir Benjamin Collins Brodie, 1st Baronet. An imprint of this English first edition was published in the United States in 1859, with slight alterations. Gray prepared a second, revised edition, which was published in the United Kingdom in 1860, also by J.W. Parker. However, Gray died the following year, at the age of 34, having contracted smallpox while treating his nephew (who survived). His death had come just three years after the initial publication of his Anatomy Descriptive and Surgical.

SINCE the publication of the first English edition of this work in 1858 and the first American edition in 1859 great advances in the subject of Anatomy have been made, especially in microscopic anatomy and the anatomy of the embrio. This knowledge was embodied from time to time in the successive editions until finally considerable portions of the text, sometimes sections, were devoted to these subjects. However, the main text has always remained primarily a descriptive anatomy of the human body.

In the present edition the special sections on embryology and histology have been distributed among the subjects under which they naturally belong. New matter on physiological anatomy, laws of bone architecture, the mechanics and variations of muscles have been added, occupying much of the space formerly devoted to the sections in applied anatomy.

The sections on the ductless glands and the nervous system have been largely rewritten. In the latter a more rational presentation of the sympathetic nervous system has been achieved through the use of diagrams and descriptions based on physiological and pharmacological work. The central connections of the spinal and cranial nerves are also emphasized.

Illustrations have been added wherever important points could be made more clear, and throughout the work colored pictures have been even more extensively used than heretofore. In this respect special mention might be made of the central nervous system and the section on the muscles. In the section on Syndesmology six illustrations are used from Quain's Anatomy through the courtesy of the publishers, Messrs. Longmans, Green & Company, of London.

The use of the B. N. A. nomenclature in English has been retained practically unchanged in this edition and important references to the literature have been added at the end of each section.

As a practical work on the subject for the student, Gray's Anatomy has always been recognized and appreciated. The plan originally formulated, which has proved so successful, has been adhered to as much as possible. It is interesting to note that although Henry Gray saw only the first edition, much of the original text persists and many of his illustrations are still in use. Bearing this in mind it has been the endeavor of the Editor to supply only such changes as advances in the science made necessary in order that this work may reflect the latest accessions to anatomical knowledge.

THE TERM HUMAN ANATOMY comprises a consideration of the various structures which make up the human organism. In a restricted sense it deals merely with the parts which form the fully developed individual and which can be rendered evident to the naked eye by various methods of dissection. Regarded from such a standpoint it may be studied by two methods:

(1) the various structures may be separately considered—systematic anatomy; or
(2) the organs and tissues may be studied in relation to one another—topographical or regional anatomy.
It is, however, of much advantage to add to the facts ascertained by naked-eye dissection those obtained by the use of the microscope. This introduces two fields of investigation, viz., the study of the minute structure of the various component parts of the body—histology—and the study of the human organism in its immature condition, i. e., the various stages of its intrauterine development from the fertilized ovum up to the period when it assumes an independent existence—embryology. Owing to the difficulty of obtaining material illustrating all the stages of this early development, gaps must be filled up by observations on the development of lower forms—comparative embryology, or by a consideration of adult forms in the line of human ancestry—comparative anatomy.
Finally, the appreciation of structures on or immediately underlying the surface of the body is frequently made the subject of special study—surface anatomy.

SYSTEMATIC ANATOMY.—The various systems of which the human body is composed are grouped under the following headings:
1.    Osteology—the bony system or skeleton.
2.    Syndesmology—the articulations or joints.
3.    Myology—the muscles. With the description of the muscles it is convenient to include that of the fasciæ which are so intimately connected with them.
4.    Angiology—the vascular system, comprising the heart, bloodvessels, lymphatic vessels, and lymph glands.
5.    Neurology—the nervous system. The organs of sense may be included in this system.
6.    Splanchnology—the visceral system. Topographically the viscera form two groups, viz., the thoracic viscera and the abdomino-pelvic viscera. The heart, a thoracic viscus, is best considered with the vascular system. The rest of the viscera may be grouped according to their functions:
(a) the respiratory apparatus;
(b) the digestive apparatus; and
(c) the urogenital apparatus. 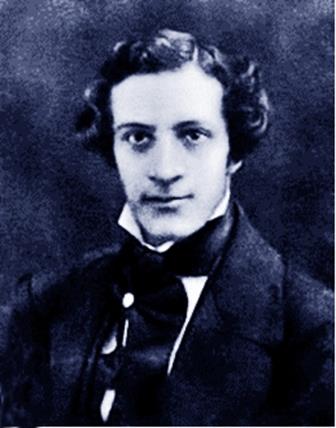 Henry Gray (1827 – 13 June 1861) was an English anatomist and surgeon most notable for publishing the book Gray's Anatomy.

He was elected a Fellow of the Royal Society (FRS) at the age of 25.

Biography:
Gray was born in Belgravia, London, in 1827 and lived most of his life in London. In 1842, he entered as a student at St. George’s Hospital, London (then situated in Belgravia, now moved to Tooting), and he is described by those who knew him as a most painstaking and methodical worker, and one who learned his anatomy by the slow but invaluable method of making dissections for himself.

While still a student, Gray secured the triennial prize of Royal College of Surgeons in 1848 for an essay entitled The Origin, Connexions and Distribution of nerves to the human eye and its appendages, illustrated by comparative dissections of the eye in other vertebrate animals. In 1852, at the early age of 25, he was elected a Fellow of the Royal Society, and in the following year he obtained the Astley Cooper prize of three hundred guineas for a dissertation “On the structure and Use of Spleen.”

In 1858, Gray published the first edition of Anatomy, which covered 750 pages and contained 363 figures. He had the good fortune of securing the help of his friend Henry Vandyke Carter, a skilled draughtsman and formerly a demonstrator of anatomy at St. George’s Hospital. Carter made the drawings from which the engravings were executed, and the success of the book was, in the first instance, undoubtedly due in no small measure to the excellence of its illustrations. This edition was dedicated to Sir Benjamin Collins Brodie, Bart, FRS, DCL. A second edition was prepared by Gray and published in 1860. The book is still published under the title Gray's Anatomy and is widely appreciated as an extraordinary and authoritative textbook for medical students.

Gray held successively the posts of demonstrator of Anatomy, curator of the museum and Lecturer of Anatomy at St. George’s Hospital and was in 1861 a candidate for the post of assistant surgeon.

Death:
Gray was struck by an attack of confluent smallpox, the most deadly type of the disease where individual lesions become so numerous that they join as a continuous, "confluent" sheet. He is assumed to have been infected due to his extended and meticulous caring for his ten-year-old nephew, Charles Gray, who did eventually recover. On the day he was to appear for an interview as a final candidate for a prestigious post at the St. George's Hospital, he died in London - 13 June 1861 - at the age of 34. He was buried at St James, Pancras and Highgate Cemetery. Of note is the fact that Gray had been vaccinated against smallpox as a child with one of the early forms of the vaccine.