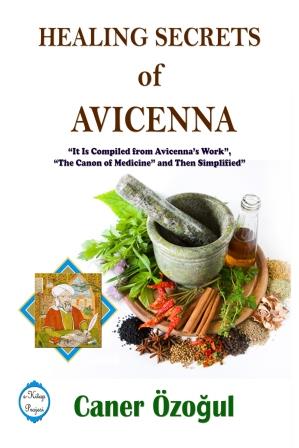 When i had first read the second volume of Ibn Sina’s study, “The Canon of Medicine”, telling about which plant is recuperative and the applications of these plants internally and externally, i came up with the idea of bringing this study down to a simpler level of understanding that everybody can comprehend, rather than letting it be understood just by the specialists.

Ibn Sīnā (Avicenna) was born in 980 in Buhara, and died in 1037 in Hamadan, Persia (now Iran). He is a physician, physicist, writer, philosopher and scientist. He was known in the West as the founder of modern science in the medieval ages, the leader of physicians and dubbed as the “Doctors’ Doctor”. His fame rests on his book, Al-Qānūn fī al-Ṭibb (The Canon of Medicine) which was regarded as the principal medical work in the field of medicine for seven centuries and this book remained as a reference source for medical studies in the universities of Europe until the end of seventeenth century.

If now we examine his work “The Canon of Medicine”, we find that he has an extensive explanation of anatomy and in his work in which he gives a clear definition of some organs which can be visualised with today’s some special imaging devices, today, there are still many unresolved and unstudied methods. Ibn Sina’s curative recipes were used in the European medicine for many centuries even after his death. The famous astronomer Copernicus, also a nephrologist, has healed using the recipes of Ibn Sina who has lived before his birth over 500 year ago.

When i had first read the second volume of Ibn Sina’s study, “The Canon of Medicine”, telling about which plant is recuperative and the applications of these plants internally and externally, i came up with the idea of bringing this study down to a simpler level of understanding that everybody can comprehend, rather than letting it be understood just by the specialists. But I could bring this out after 1 year of work. Staying faithful to the context of the book, submitting this book on behalf of the community was my biggest wish. In order to bring simplicity, I worked meticulously to compile an index of plant names together with their latinized forms which are sorted in alphabetical order and also an alphabetical index of diseases. I got opinion and also support from doctors and experts in Phytotherapists. I left the explanations as they are since i didn’t want to make any extra additions to the book. If a detailed survey of the plants is carried out, there is more detailed information in the literature about how they should be used. We can already see that the modern medicine finds out solutions to many diseases but nevertheless, there are still dozens of diseases which can not be healed. For instance, in this work, Ibn Sina explains the reason of why he has named a plant as “Swallow-wort” as follows: Sometimes the newborn nestlings of a swallow suffer from blindness. It was observed that the mother squeezes the extract of this plant onto their babies’eyelids and then their eyes were healed. All the same, if this kind of plants are examined throughly, it is quite possible to observe the same effect on humans as well. In this case, i call upon the expert scientist, to carry out these researches. At the end of this book, i added also some basic methods of practical home care medicine which are used in traditional medicine. I believe that these will be found useful and practical. I hope that this will be useful for humanity…