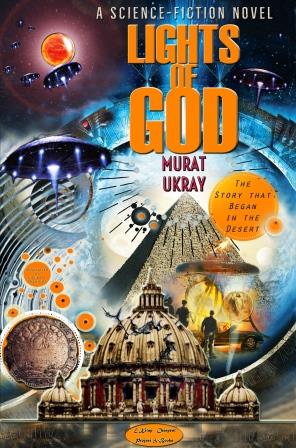 "The Story that Began in the Desert"

Are you ready to learn the world's biggest and scariest secret?

"One day, Moses saw something very interesting in the Desert."

"A Bush was on fire such as a fireball, yet it was not consumed."

Are you ready to learn the world's biggest and scariest secret?

"One day, Moses saw something very interesting in the Desert."

"A Bush was on fire such as a fireball, yet it was not consumed."

"So Moses thought as I must go over and look at this remarkable sight. Why isn't the Bush burning up?"

Archaeologist John Smith, finds a very interesting ancient Roman 2000-year-old silver coin in the ancient city of Pompeii, Italy in 2036. He sets out with his wife Sara and daughter Elsa to Cairo, the capital of Egypt, to visit his friend Professor Gregory Kravnik to analyze the coin which has some strange figures and some dates written in Roman numerals.

When he arrives in Cairo, a sphere with a source of unknown, shining like a fireball with a big explosion, descends from the sky and illuminates the whole city with its light in the uninhabited desert somewhere near the Great Pyramids. Meanwhile, John Smith, who was close to the incident, received a very important information from his friend Gregory, about analyzing the symbols and what the symbols on it were saying and when he returned to his hotel, his car stopped suddenly after that explosion. A mysterious hand touches the back of his car and he shouts 'Help!' But that night he has never even passed through his mind that the person, whom he will take in his car, is the one who will change the future and will be one of the most important figures in the history of mankind that three great religions await.

At the same time, John's friend Professor Gregory Kravnik and his assistant Katya, who have been working at Archeology Institute of Cairo State University, is about to uncover the world's most mysterious sect, which has changed the history of the world and had kept a secret for 500 years. This Medieval Jesuit sect known as the 'Jesuits', coded it into everything and described it in encrypted form in the paintings of famous painters. However, Gregory and John will find out before it's too late that these two big secrets with the same goal have a very important connection with the light sphere descending into the desert that night. Moreover, this Earth's Biggest Secret that they will learn that night, has the power to change all known Religions History.

All these connections and codes point to a very important event that could change the world in 2036. But it won't be easy for them to learn this, a deadly hustle and bustle waiting for them will also start at the same time. All intelligence organizations around the world including Vatican, FBI and CIA, are into this incident and besides, John and his family's life are now in danger.

Beyond all this, the great prophecy, which is mentioned in all Holy Books and is depicted symbolically in the Old Testament, the New Testament and the Qur'an, is about to come true. Now, with the realization of this prophecy, humanity has to either face God or fight with the devil and find a new way to stop the Doomsday.

Book Club Resources
About the Author 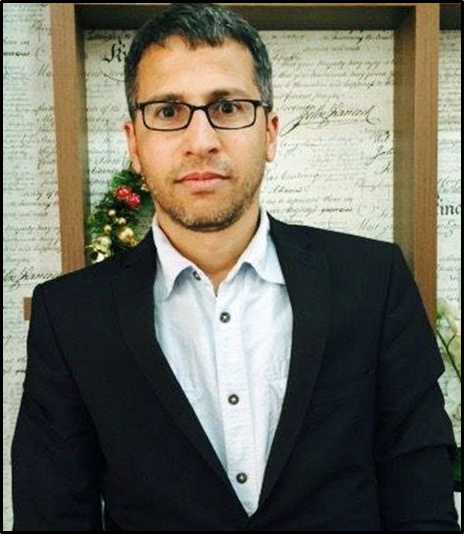