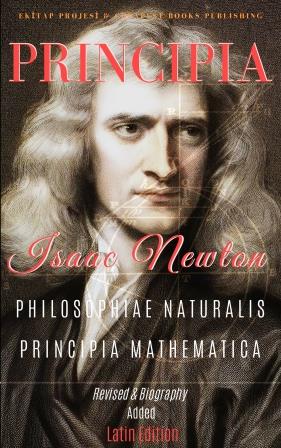 Philosophiæ Naturalis Principia Mathematica (Latin for Mathematical Principles of Natural Philosophy), often referred to as simply Principia, is a work in three books by Isaac Newton, in Latin, first published 5 July 1687. After annotating and correcting his personal copy of the first edition, Newton published two further editions, in 1713-1726.

Philosophiæ Naturalis Principia Mathematica (Latin for Mathematical Principles of Natural Philosophy), often referred to as simply the Principia, is a work in three books by Isaac Newton, in Latin, first published 5 July 1687. After annotating and correcting his personal copy of the first edition, Newton published two further editions, in 1713 and 1726. The Principia states Newton's laws of motion, forming the foundation of classical mechanics; Newton's law of universal gravitation; and a derivation of Kepler's laws of planetary motion (which Kepler first obtained empirically).

The Principia is considered one of the most important works in the history of science. The French mathematical physicist Alexis Clairaut assessed it in 1747: "The famous book of Mathematical Principles of Natural Philosophy marked the epoch of a great revolution in physics. The method followed by its illustrious author Sir Newton … spread the light of mathematics on a science which up to then had remained in the darkness of conjectures and hypotheses."

A more recent assessment has been that while acceptance of Newton's theories was not immediate, by the end of the century after publication in 1687, "no one could deny that" (out of the Principia) "a science had emerged that, at least in certain respects, so far exceeded anything that had ever gone before that it stood alone as the ultimate exemplar of science generally".

In formulating his physical theories, Newton developed and used mathematical methods now included in the field of Calculus. But the language of calculus as we know it was largely absent from the Principia; Newton gave many of his proofs in a geometric form of infinitesimal calculus, based on limits of ratios of vanishing small geometric quantities. In a revised conclusion to the Principia (see General Scholium), Newton used his expression that became famous.

The Principia deals primarily with massive bodies in motion, initially under a variety of conditions and hypothetical laws of force in both non-resisting and resisting media, thus offering criteria to decide, by observations, which laws of force are operating in phenomena that may be observed. It attempts to cover hypothetical or possible motions both of celestial bodies and of terrestrial projectiles. It explores difficult problems of motions perturbed by multiple attractive forces. Its third and final book deals with the interpretation of observations about the movements of planets and their satellites.

It shows:
• How astronomical observations prove the inverse square law of gravitation (to an accuracy that was high by the standards of Newton's time);
• Offers estimates of relative masses for the known giant planets and for the Earth and the Sun;
• Defines the very slow motion of the Sun relative to the solar-system barycenter;
• Shows how the theory of gravity can account for irregularities in the motion of the Moon;
• Identifies the oblateness of the figure of the Earth;
• Accounts approximately for marine tides including phenomena of spring and neap tides by the perturbing (and varying) gravitational attractions of the Sun and Moon on the Earth's waters;
• Explains the precession of the equinoxes as an effect of the gravitational attraction of the Moon on the Earth's equatorial bulge; and
• Gives theoretical basis for numerous phenomena about comets and their elongated, near-parabolic orbits.

ABOUT THE BOOK & AUTHOR 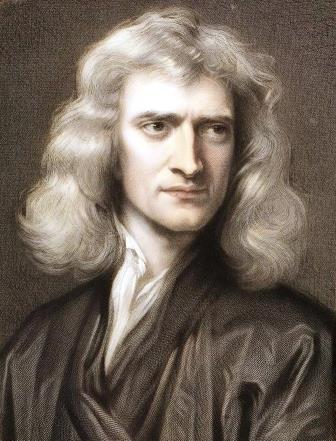 Sir Isaac Newton (25 December 1642 - 20 March 1726/27) was an English mathematician, physicist, astronomer, theologian, and author (described in his own day as a "natural philosopher") who is widely recognised as one of the most influential scientists of all time and as a key figure in the scientific revolution. His book Philosophiæ Naturalis Principia Mathematica (Mathematical Principles of Natural Philosophy), first published in 1687, laid the foundations of classical mechanics. Newton also made seminal contributions to optics, and shares credit with Gottfried Wilhelm Leibniz for developing the infinitesimal calculus.

In Principia, Newton formulated the laws of motion and universal gravitation that formed the dominant scientific viewpoint until it was superseded by the theory of relativity. Newton used his mathematical description of gravity to prove Kepler's laws of planetary motion, account for tides, the trajectories of comets, the precession of the equinoxes and other phenomena, eradicating doubt about the Solar System's heliocentricity. He demonstrated that the motion of objects on Earth and celestial bodies could be accounted for by the same principles. Newton's inference that the Earth is an oblate spheroid was later confirmed by the geodetic measurements of Maupertuis, La Condamine, and others, convincing most European scientists of the superiority of Newtonian mechanics over earlier systems.Newton built the first practical reflecting telescope and developed a sophisticated theory of colour based on the observation that a prism separates white light into the colours of the visible spectrum. His work on light was collected in his highly influential book Opticks, published in 1704. He also formulated an empirical law of cooling, made the first theoretical calculation of the speed of sound and introduced the notion of a Newtonian fluid. In addition to his work on calculus, as a mathematician Newton contributed to the study of power series, generalised the binomial theorem to non-integer exponents, developed a method for approximating the roots of a function, and classified most of the cubic plane curves.

Newton was a fellow of Trinity College and the second Lucasian Professor of Mathematics at the University of Cambridge. He was a devout but unorthodox Christian who privately rejected the doctrine of the Trinity. Unusually for a member of the Cambridge faculty of the day, he refused to take holy orders in the Church of England. Beyond his work on the mathematical sciences, Newton dedicated much of his time to the study of alchemy and biblical chronology, but most of his work in those areas remained unpublished until long after his death. Politically and personally tied to the Whig party, Newton served two brief terms as Member of Parliament for the University of Cambridge, in 1689-90 and 1701-02. He was knighted by Queen Anne in 1705 and spent the last three decades of his life in London, serving as Warden (1696-1700) and Master (1700-1727) of the Royal Mint, as well as president of the Royal Society (1703-1727).