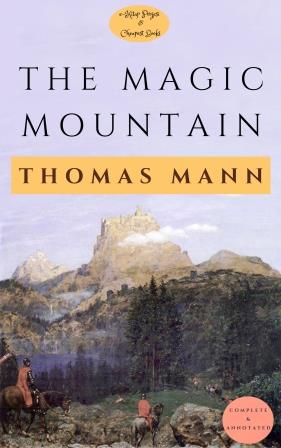 Mann started writing what was to become The Magic Mountain in 1912. It began as a much shorter narrative which revisited in a comic manner aspects of Death in Venice, a novella that he was preparing for publication. The newer work reflected his experiences and impressions during a period when his wife, who was suffering from a lung complaint, resided at Dr. Friedrich Jessen's Waldsanatorium in Davos, Switzerland for several months. In May and June 1912, Mann visited her and became acquainted with the team of doctors and patients in this cosmopolitan institution. According to Mann, in the afterword that was later included in the English translation of his novel, this stay inspired his opening chapter ("Arrival").

The outbreak of World War I interrupted his work on the book. The savage conflict and its aftermath led the author to undertake a major re-examination of European bourgeois society. He explored the sources of the destructiveness displayed by much of civilised humanity. He was also drawn to speculate about more general questions related to personal attitudes to life, health, illness, sexuality and mortality. Given this, Mann felt compelled to radically revise and expand the pre-war text before completing it in 1924. Der Zauberberg was eventually published in two volumes by S. Fischer Verlag in Berlin.

The narrative opens in the decade before World War I. It introduces the protagonist, Hans Castorp, the only child of a Hamburg merchant family. Following the early death of his parents, Castorp has been brought up by his grandfather and later, by a maternal uncle named James Tienappel. Castorp is in his early 20s, about to take up a shipbuilding career in Hamburg, his home town. Before beginning work, he undertakes a journey to visit his tubercular cousin, Joachim Ziemssen, who is seeking a cure in a sanatorium in Davos, high up in the Swiss Alps. In the opening chapter, Castorp leaves his familiar life and obligations, in what he later learns to call "the flatlands", to visit the rarefied mountain air and introspective small world of the sanatorium. 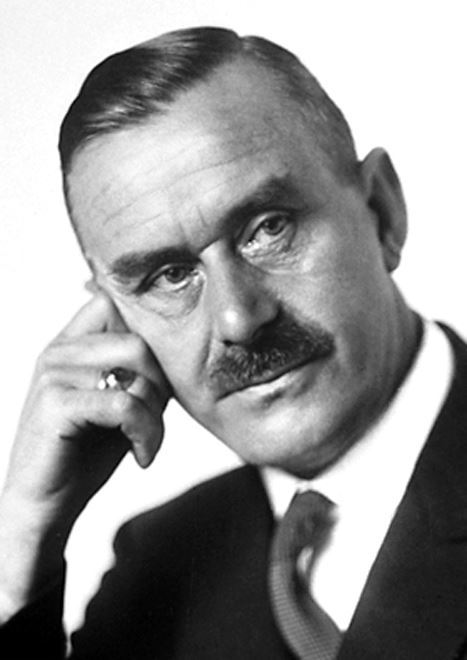 Paul Thomas Mann (1875 – 1955) was a German novelist, short story writer, social critic, philanthropist, essayist, and the 1929 Nobel Prize in Literature laureate. His highly symbolic and ironic epic novels and novellas are noted for their insight into the psychology of the artist and the intellectual. His analysis and critique of the European and German soul used modernized versions of German and Biblical stories, as well as the ideas of Johann Wolfgang von Goethe, Friedrich Nietzsche and Arthur Schopenhauer.
Mann was a member of the Hanseatic Mann family and portrayed his family and class in his first novel, Buddenbrooks. His older brother was the radical writer Heinrich Mann and three of Mann's six children, Erika Mann, Klaus Mann and Golo Mann, also became significant German writers. When Adolf Hitler came to power in 1933, Mann fled to Switzerland. When World War II broke out in 1939, he moved to the United States, then returned to Switzerland in 1952. Mann is one of the best-known exponents of the so-called Exilliteratur, German literature written in exile by those who opposed the Hitler regime.