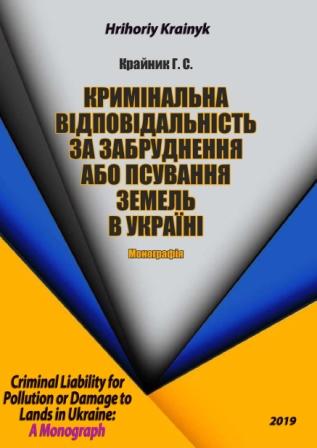 In the monograph, which is the second in Ukraine on this topic (the first monograph - Shulga A.М. Criminal law protection of land from pollution or damage: monograph. Kharkiv: NikaNova, 2013. 256 p.)